What can you do with CANNY 7 Demo Kit[edit] 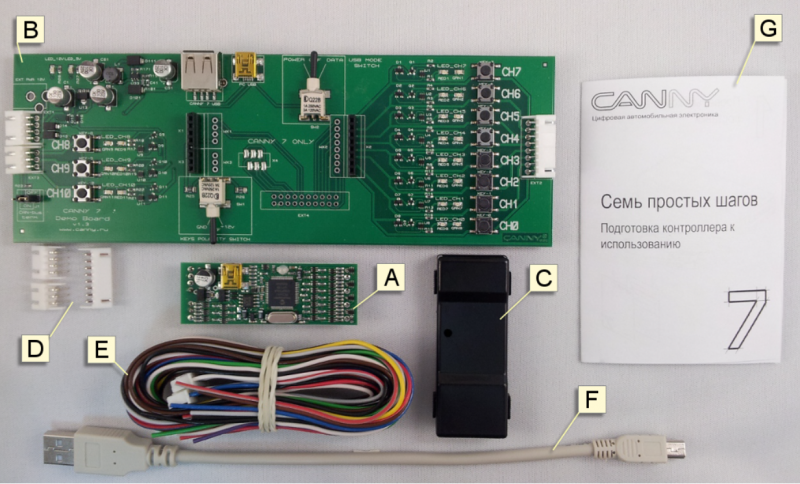 Connector cables set allows to connect demo board or controller to external actuating and signaling devices.

Interface cables USB-A/miniUSB are intended to connect demo board and attached controller, allowing to load user programs to controller's memory, and also to provide powering of controller during testing by connecting demo board to USB port of PC.

Components of demo board have designations printed on board's surface. Common view of demo board presented on next picture. Main elements of CANNY 7 Demo Board are marked by corresponding numbers.

Demo Board connector's and contacts pinout[edit]

Before you start working with the development kit, study the CannyLab user guide at www.cannylogic.com.

Turn the Keys Polarity Switch (13) and USB Mode Switch (12) of the CANNY 7 Demo Board to the «OFF» position.

Connect the assembled CANNY 7 Demo Kit to PC / Laptop using the second included miniUSB interface cable by connecting the demo board miniUSB connector (6) to the USB-A connector of the personal computer.

Assembled CANNY 7 Demo Kit is shown on next picture. 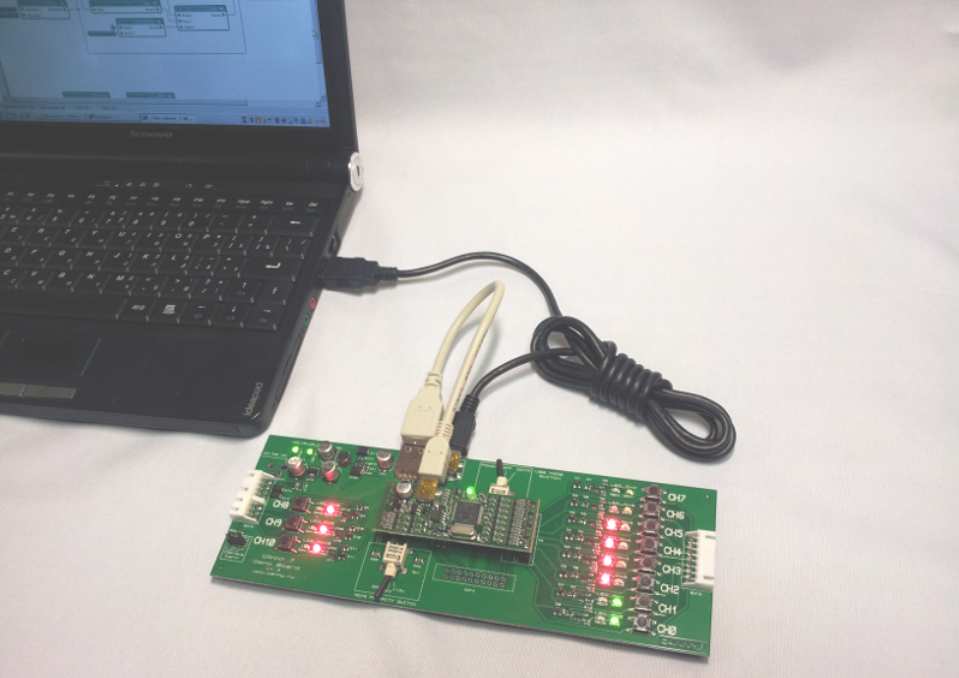 The normal order of using CANNY 7 Demo Kit is presented in flowchart at next picture. 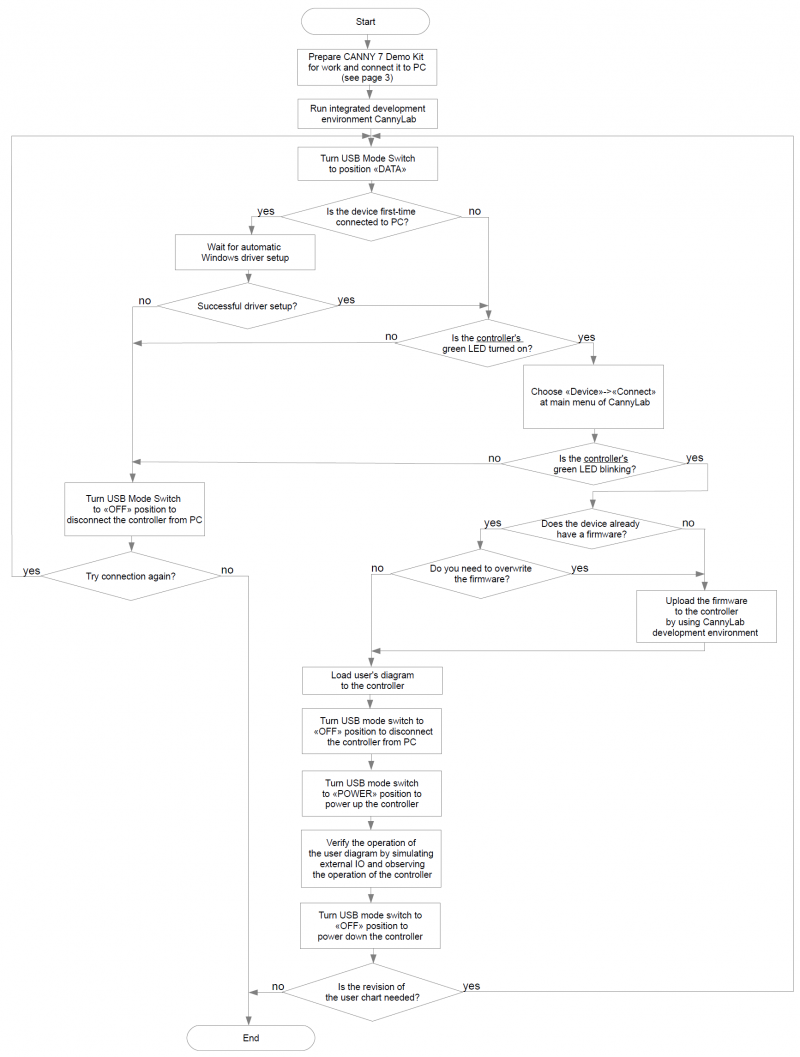 Push-buttons (keys) are used to imitate external input signals at the controller's channels by user if needed. To control the common polarity of the push-buttons at the input channels of the controller, Keys Polarity Switch (13) is provided.