The CANNY 7.2 duo controller CAN driver has 16 filters for each of the CAN interfaces

Interfaces CAN0 and CAN1 have individual settings and can operate at different speeds of data exchange that allows you to connect CANNY 7.2 duo controller simultaneously to two different CAN buses.

Below is a description of valid values for registers controlling CAN-bus driver operation, where x is a CAN interface number (0 or 1).

CAN driver configuration registers allows to set the parameters of the controller as a CAN bus node for the used CAN interface:

Named constants that represent CAN configuration parameters combination, available to the user in the "CAN Modes" CannyLab constants directory, which can be accessed via function block entry context menu having "constant" type.

CAN driver diagnostics registers allows the user to determine the status of the driver in one or another moment of a diagram execution.

CAN driver receiving registers allows access to the values obtained on the bus.

CAN transmit registers are used to accommodate data in the transmission buffer to be sent.

An example of a functional diagram of the data sent to the CAN bus via interface CAN0. Performing diagram the controller once every 100 ms, transmits to the bus at a speed of 125 kbps, the data about the state of its three inputs, using a standard format message with the identifier 0x123, contains a single byte of data. 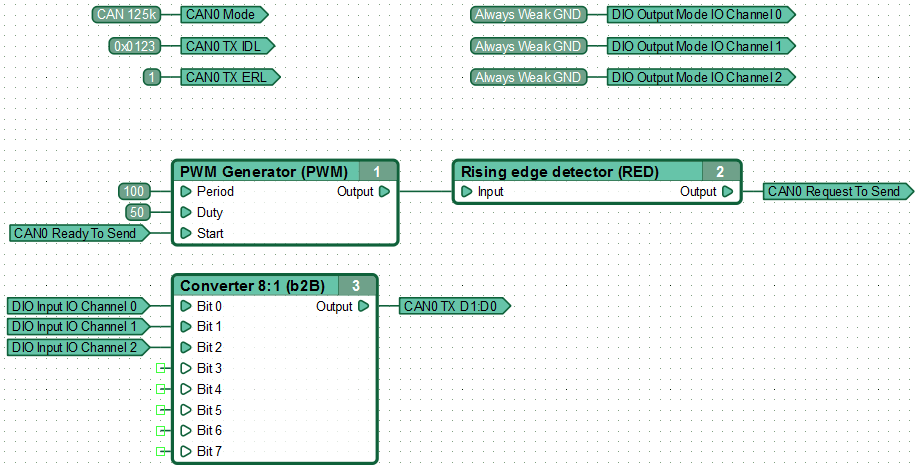 An example of a functional diagram of the data receive from the CAN bus via interface CAN0. Performing the diagram controller, receiving message from the bus in standard format with ID 0x0123, containing one byte of data, sets on three of its outputs, states in accordance with received value. 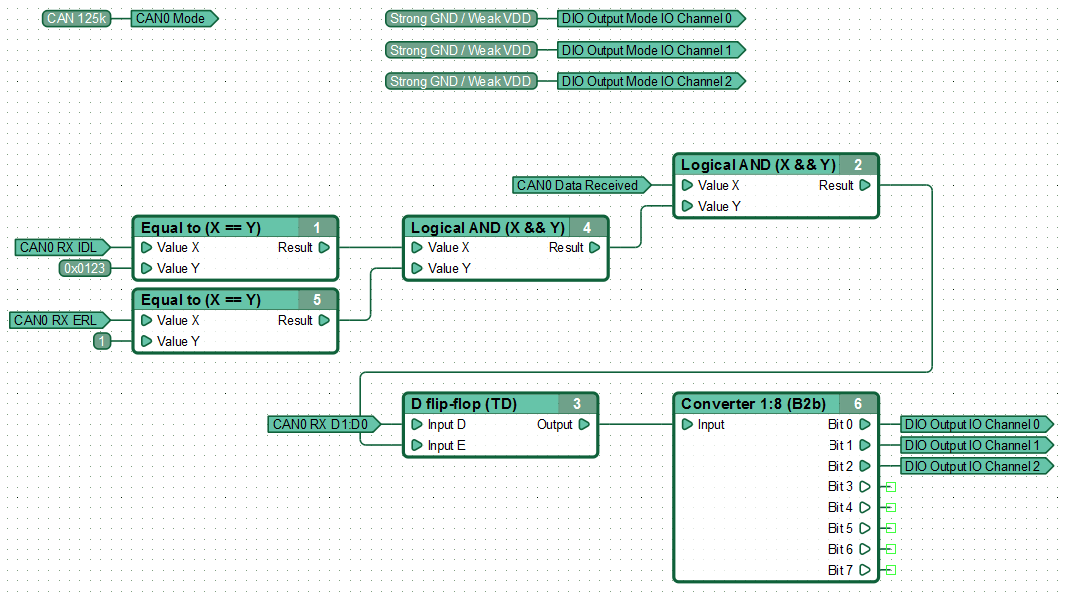